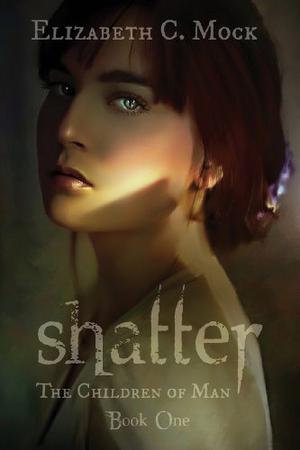 Shatter (The Children of Man #1)

"Growing up during the chaos of the Nabosian War, Faela Durante and her entire generation never knew what it meant to live in a time of peace. Though the war ended years ago, the devastation has not. Every decision, no matter how seemingly insignificant, has a consequence and some consequences can never be predicted. But some are foretold.

Less than a year ago, Faela, the first Tereskan mind healer in generations, disappeared from her family home in Finalaran scared and pregnant. Hunted and living as an outcast, Faela searches for a legend that might be her only hope of gaining atonement and returning to her son. When her journey collides with two strangers and a prophecy, she must choose between trusting those around her or endangering her mission. With her past refusing to stay behind her, the consequences of Faela's choices will risk more than her own fate."
more
Bookmark Rate Book
Amazon Other stores
As an Amazon Associate bookstream.io earns from qualifying purchases

The 'The Children of Man' series

Forge
Forge
(The Children of Man #3)

Render
Render
(The Children of Man #2)

Shatter
Shatter
(The Children of Man #1)

Buy 'Shatter' from the following stores: