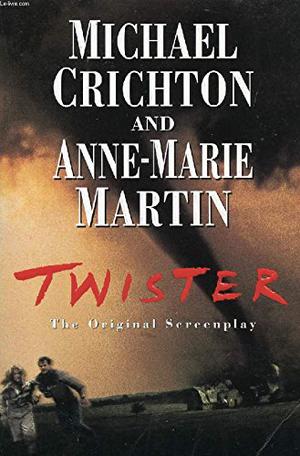 From the beginning, the subject seemed to me inherently visual, and therefore should be a script, not a book. Tornadoes are an ideal film subject, because unlike most meteorological phenomena, they are small enough to fit within the film frame, and they last a short time, changing rapidly. By comparison, a hurricane is hundreds of miles across, too big to see in a single image; and it goes on for hours, with little change. Tornadoes are much more contained, and visually compelling.

We were further encouraged by early research that showed the premise was valid. Not only had real scientists attempted to put instrument packs into funnels, but there had been many recorded episodes when so-called “outbreaks” of tornadoes occurred—as many as a hundred tornadoes touching down in a single day, often only a few minutes apart. That was what we required for our story, and it did indeed happen. It wasn’t even rare: outbreaks of forty or more tornadoes had occurred seven times in the past ten years. The worst recorded outbreak, according to Ted Fujita, had taken place in April 1974, when 148 tornadoes touched down in a day, producing 2,400 miles of damage path.

So it seemed as if the story was possible.

Buy 'Twister' from the following stores: