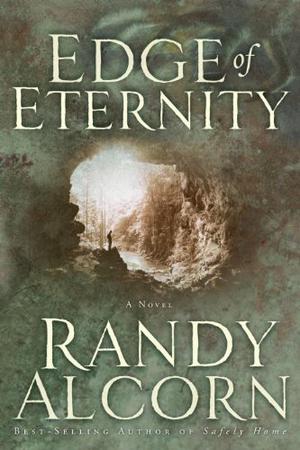 Imagine Being Pulled Into the Hereafter. While You’re Still Alive.
A disillusioned business executive whose life has hit a dead-end, Nick Seagrave has lost loved ones to tragedy and his family to neglect. Now, at a point of great crisis, he unbelievably and inexplicably finds himself transported to what appears to be another world.

Suddenly he’s confronted with profoundly clear views of his own past and personality. At the same time, he’s enabled to see, hear, taste, and smell the realities of both heaven and hell–realities that force him to face dangers and trials far greater than any he’s known before.

Pitted against flying beasts, a monstrous web that threatens to hold him captive, an evil, brooding intelligence, and undeniable evidence of a spiritual world, Nick must finally consider the God he claims not to believe in.

Walking between two worlds, Nick Seagrave prepares to make decisions that will change his life forever, as he stands on the Edge of Eternity.
more
Bookmark Rate Book
Amazon Other stores
As an Amazon Associate bookstream.io earns from qualifying purchases

Similar books to 'Edge of Eternity'

Buy 'Edge of Eternity' from the following stores: