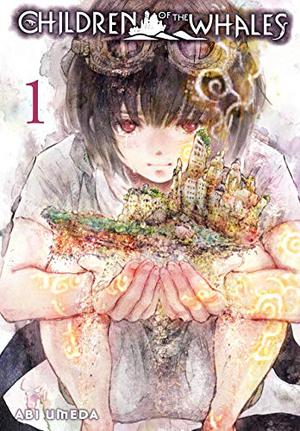 In this post-apocalyptic fantasy, a sea of sand swallows everything but the past.

In an endless sea of sand drifts the Mud Whale, a floating island city of clay and magic. In its chambers a small community clings to survival, most dying young from the very powers that sustain them.

Chakuro is the Archivist for the Mud Whale, diligently chronicling the lives and deaths of his people. As one of the saimia wielders, whose life spans are cut short by their own magic, he knows his time is limited and is determined to leave a better record than his predecessors. But the steady pace of their isolated existence on the Mud Whale is abruptly shattered when a scouting party discovers a mysterious young girl who seems to know more about their home than they do…
more
Bookmark Rate Book
Amazon Other stores
As an Amazon Associate bookstream.io earns from qualifying purchases

Similar books to 'Children of the Whales, Vol. 1'

All books by Abi Umeda  ❯

Buy 'Children of the Whales, Vol. 1' from the following stores: