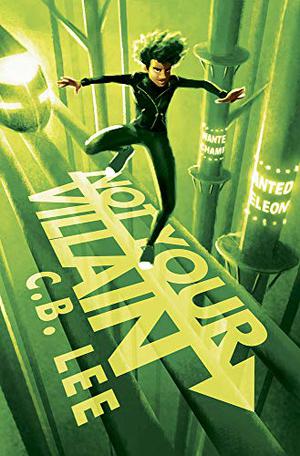 Not Your Villain (Sidekick Squad #2)

Bells Broussard thought he had it made when his superpowers manifested early. Being a shapeshifter is awesome. He can change his hair whenever he wants, and if putting on a binder for the day is too much, he’s got it covered. But that was before he became the country’s most-wanted villain.

After discovering a massive cover-up by the Heroes’ League of Heroes, Bells and his friends Jess, Emma, and Abby set off on a secret mission to find the Resistance. Meanwhile, power-hungry former hero Captain Orion is on the loose with a dangerous serum that renders meta-humans powerless, and a new militarized robotic threat emerges. Everyone is in danger. Between college applications and crushing on his best friend, will Bells have time to take down a corrupt government?

Sometimes, to do a hero’s job, you need to be a villain.
more
Bookmark Rate Book
Amazon Other stores
As an Amazon Associate bookstream.io earns from qualifying purchases

Similar books to 'Not Your Villain'

Buy 'Not Your Villain' from the following stores: