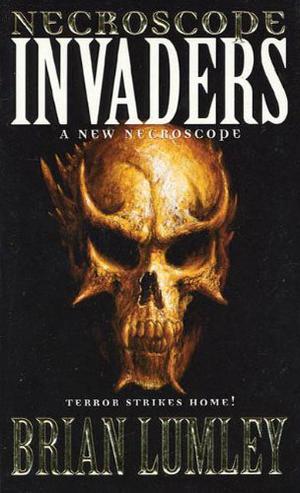 Three great vampires--two Lords and a Lady--arrive on an unsuspecting Earth that teems with defenseless humans, easy prey for the marauding vampires. But humanity has defenders. Though the necroscope is gone, the psychically gifted men and women of E-Branch move swiftly against the vampire infestation.

Jake Cutter is running for his life through the streets of Turin when he vanishes, appearing moments later inside the triply locked "Harry's room" in E-Branch's London HQ. Jake's dreams are very strange, filled with the voices of the dead--the Great majority, the Necroscope, Harry Keogh, even a dead vampire. He hears them all, but he doesn't truly understand.

If Jake is the new Necroscope, he has to learn--fast!--how to control his powers and speak to the dead. E-Branch, with the reluctant Jake along for the ride, is about to go head-to-head with Malinari the Mind, a vampire Lord who psychic abilities are second to none.

But the dead don't trust Jake, not like they trusted Harry. Jake's got personal revenge on his mind, and he's spending too much time talking that dead vampire. He's got to start thinking about the future--or he won't have one!
more
Bookmark Rate Book
Amazon Other stores
As an Amazon Associate bookstream.io earns from qualifying purchases

All books by Brian Lumley  ❯

Buy 'Invaders' from the following stores: