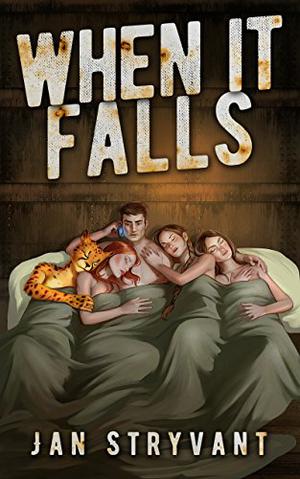 When It Falls (The Valens Legacy #5)

After having their success against the Ascendants used by the Vestibulum as a cover for the mass murder of their old enemies, Sean has discovered that the Vesti's are far more ruthless and dangerous than the previous two councils he's fought. After two hundred years of holding on to the leadership position among all of the councils, obviously the Vestibulum isn't going to give up anything to anyone.

While Sean promised not to start a war, it's looking more and more like that choice isn't going to be his to make. Especially when the other Ascendant chapters come calling to avenge their dead. Thankfully for Sean, he has witnesses to just what happened, witnesses that will hopefully keep all the other councils from rallying against him. But now will they instead rally against the Vestibulum instead? That could be just as bad for him.

Then there are the people that Sean saved from the Ascendants during the raid, all of whom he's responsible for, and for now has to provide with a place to live as well as protections from the magic of their former masters. Then there are the four dark elves that were freed during the raid, two of which are now very interested in Sean and one of which isn't at all afraid to let him know, constantly.

And just how do you go about introducing your mother to your (several) wives when she shows up in a few days?

Similar books to 'When It Falls'

Buy 'When It Falls' from the following stores: