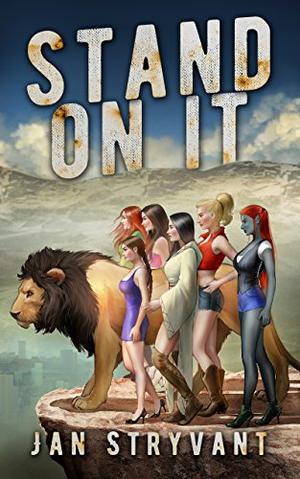 Stand On It (The Valens Legacy #6)

Once again, Sean's home has been attacked by one of the Councils, only this time they've committed what they hoped would be an overwhelming force. While Sean and his family win the fight, Sean has been seriously wounded and taken out of action. For Roxy and the others, saving Sean's life has become the priority, but there are still things that must be done to secure their victory. Those tasks fall to Sean's other wives as they pick up where Sean left off.

While the Vestibulum may have lost this last battle, they are be no means giving up on the war. They know that they've hurt Sean, so their leaders are hoping that without his leadership, they can launch a new attack and kill him before he has the chance to recover. Word of Sean's difficulties has also spread to some of his other enemies, who are also keen to try and capitalize on these events.

Thankfully, Sean has allies, and they are moving to try and save his life. But can they get there in time?

WARNING: “Stand On It” contains explicit sexuality, nudity, violence, bad language, rabbits fornicating, attempted murder, actual murder, military style raids, mass combat, self-defense, pro-active self-defense, destruction of private property, vandalism, breaking and entering, misleading of government officials, robbery, assault & battery, tantric magic, polyamory, mayhem, people who aim to misbehave, gratuitous sex and violence, and a group of guys who are willing to do whatever it takes to prove to their girlfriends that they really do love them, no matter how embarrassing it is (and trust me, it's embarrassing).
more
Bookmark Rate Book
Amazon Other stores
As an Amazon Associate bookstream.io earns from qualifying purchases

Similar books to 'Stand On It'

Buy 'Stand On It' from the following stores: