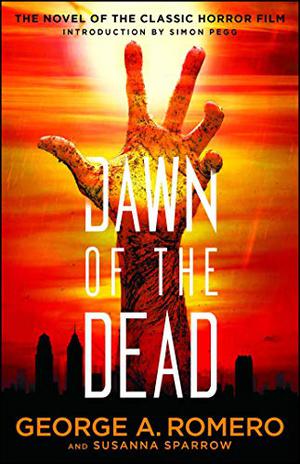 Dawn of the Dead

by George A. Romero, Susanna Sparrow

Now back in print: the riveting mix of horror and social commentary and the visionary zombie cult classic Dawn of the Dead by the revered "Grandfather of all Zombies" author and film director George A. Romero.

A decade after the premiere of the 1968 film The Night of the Living Dead, George Romero returned with its sequel, Dawn of the Dead, which tore its way onto movie screens across the country, shocked an entire generation, and became an instant zombie classic as the highest grossing indie film of all time. Shortly thereafter, Romero, along with author Susanna Sparrow, wrote a novel based on the movie -- now back in print in this terrifying trade paperback edition.

In one of the landmark tales of the zombie apocalypse, a handful of survivors seek refuge at a local shopping mall, barricading themselves in. They soon realize that this is the perfect place to wait out the end of the world, and despite pending doom, they even start to enjoy themselves. But it doesn't take long for the undead to find a way into their world.

Named one of the "500 Greatest Movies of All Time" by Empire Magazine, the original Dawn of the Dead film has left its imprint on viewers for decades -- and will soon be re-released in theaters, having been transformed frame-by-frame into 3D for an entire new audience. Now readers can experience the same chills and thrills with this exciting reissue of a true classic.
more
Bookmark Rate Book
Amazon Other stores
As an Amazon Associate bookstream.io earns from qualifying purchases

Similar books to 'Dawn of the Dead'

Recent books by George A. Romero

Buy 'Dawn of the Dead' from the following stores: