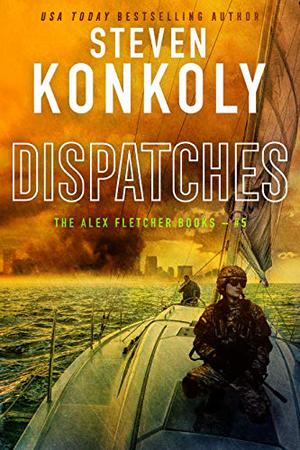 On August 19, 2019, a rogue Chinese military cabal launched an opportunistic EMP attack against the United States, triggering a cataclysmic chain of events-- with the potential to change world forever.

On the home front , most citizens continue to struggle with the loss of power and critical infrastructure, exhausting their thin supplies and turning to the mercy of an overwhelmed government to survive the winter.

As spring arrives, Alex Fletcher faces a difficult choice. With their food supplies running low, Alex questions the feasibility of staying with the Thorntons and Walkers at their isolated lake community. While searching northern Maine for a solution to his dilemma-- he stumbles on a secret with the potential to destabilize the entire region.

All books by Steven Konkoly  ❯

Buy 'Dispatches' from the following stores: