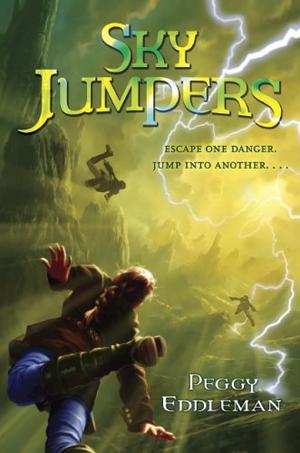 What happens when you can’t do the one thing that matters most?

12-year-old Hope lives in White Rock, a town struggling to recover from the green bombs of World War III. The bombs destroyed almost everything that came before, so the skill that matters most in White Rock—sometimes it feels like the only thing that matters—is the ability to invent so that the world can regain some of what it’s lost.

But Hope is terrible at inventing and would much rather sneak off to cliff dive into the Bomb’s Breath—the deadly band of air that covers the crater the town lives in—than fail at yet another invention.

When bandits discover that White Rock has invented priceless antibiotics, they invade. The town must choose whether to hand over the medicine and die from disease in the coming months or to die fighting the bandits now. Hope and her friends, Aaren and Brock, might be the only ones who can escape through the Bomb’s Breath and make the dangerous trek over the snow-covered mountain to get help.

For once, inventing isn’t the answer, but the daring and risk-taking that usually gets Hope into trouble might just save them all.
more
Bookmark Rate Book
Amazon Other stores
As an Amazon Associate bookstream.io earns from qualifying purchases

All books by Peggy Eddleman  ❯