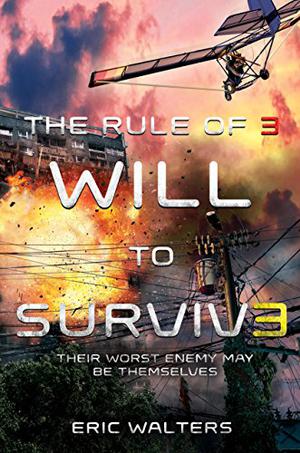 Will to Survive (The Rule of Three #3)

The end is now.

Adam had to do something terrible to protect his family, his home. It had to be done, part of him knows that, but it changes a person. It can certainly change a teenager who’s already grown up too quickly, too harshly, in the wake of the catastrophic global blackout four months ago. In the name of safety and survival, Adam and his neighbors have turned their neighborhood into a fortress, defending against countless enemies, known and unknown, who want what they have. But what’s lurking in the dark is a greater danger than ever before: somebody is on a mission to destroy the neighborhood and Adam.

Soon, the hunted becomes the hunter…and Adam hates himself for what he will have to do. Because sometimes even the dark is not cover enough for things that would never happen in the light.
more
Bookmark Rate Book
Amazon Other stores
As an Amazon Associate bookstream.io earns from qualifying purchases

The 'The Rule of Three' series

Similar books to 'Will to Survive'

All books by Eric Walters  ❯

Buy 'Will to Survive' from the following stores: