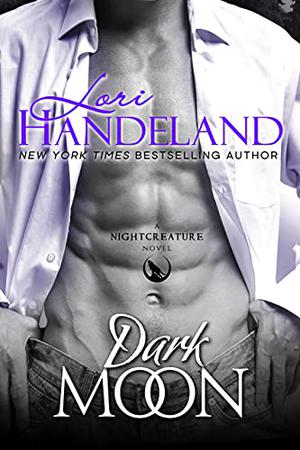 Elise Hanover feels the pull of the moon--even in its dark phase. She is a werewolf who feels nothing but disgust for the bloodlust and violent tendencies inside her. Nick Franklin is the man she met and fell in love with in college, and the man whose touch first awakened her beast. When she realized that her lust for him inspired the wolf inside her, she ran as far and as fast as she could. To defeat her furry side, she has spent the last five years in a secret location in Montana, trying to find a cure for lycanthropy. Just as she feels she's at the edge of a breakthrough, her research is interrupted. Nick is now an FBI agent--and he's standing in her lab. Minutes after they leave the building, it explodes, destroying all of Elise's research and the serum she needs to fight her bloodlust. Together, Nick and Elise must race to find a cure for before the next full moon rises. Dark Moon is full of dry wit, steamy chemistry, and truly scary villians.
more
Bookmark Rate Book
Amazon Other stores
As an Amazon Associate bookstream.io earns from qualifying purchases

Hex Appeal
Hex Appeal
(Phoenix Chronicles #5.6 - There Will Be Demons)

All books by Lori Handeland  ❯