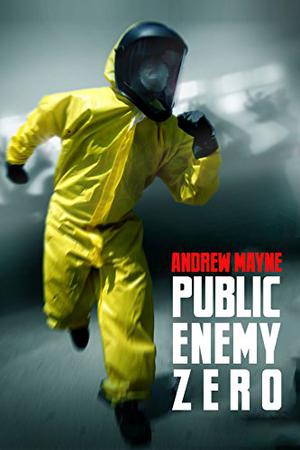 The world is out to kill Mitchell Roberts. The helpless girl who needs help changing her tire. His petty ex-girlfriend and her new mate. An entire mall full of unassuming shoppers. They all want to murder Mitch in a blind rage when he's in their presence.

As Mitch attempts to unravel the mystery around his situation, he learns quickly that rabid strangers and friends aren’t his only predators. Police attempt to hunt him down by any means necessary and his every move is tracked by a shadowy government official with a secret to protect.

He'll need to use every resource he has, from the advice of a paranoid late night radio host, to his Twitter account and find out why he's become Public Enemy Zero.

“A fast paced thriller that I literally couldn't put down. I will definitely be checking out the other Andrew Mayne titles on Kindle.” - Robert Gemienhardt

“I think it's the mark of great sci-fi that despite the imagined elements that drive the plot, the characters and the situations feel real. Public Enemy Zero accomplishes this beautifully.” - Jeremy Lusk
more
Bookmark Rate Book
Amazon Other stores
As an Amazon Associate bookstream.io earns from qualifying purchases

All books by Andrew Mayne  ❯