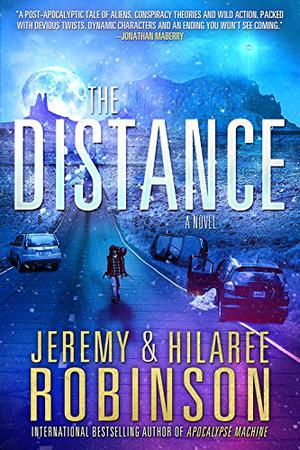 The human race has turned to dust. August Morrison faces it after rising from the depths of a dark matter research facility in Arizona. His co-workers. His daughter. All of them: dust. Friends and colleagues around the world don't answer their phones. The city of Phoenix burns. He is alone. As a world without mankind starts to crumble, August fights not just for survival, but for his very sanity.

On the other side of the country, Poe McDowell watches her parents crumble into dust just moments after being shoved inside a coffin-like device that spares her from the same fate. She emerges to find not just her mother and father, but also her neighbors--her entire town's human population--reduced to grit. Unlike August, she's not entirely alone, but the life growing in her belly isn't much company.

Then, hope. A drunken and desperate August broadcasts over the ham radio network and connects with his fellow survivor, Poe, alone and pregnant in a snow blanketed New Hampshire. Determined to reach her, August sets out on a cross country trek. But the world is not as empty as it seems. Lights in the sky reveal that they are not alone. The human race's demise was not natural--and the architects are searching for survivors.

Jeremy Robinson, whose stories have been compared to Michael Crichton, James Rollins and Stephen King, is the international bestselling master of stories featuring mind-bending imagination, terrifying monsters and high-octane action. With The Distance, he is joined by his wife, Hilaree Robinson, whose passionate writing and characters make this novel a truly unique and exciting experience that will leave readers both enthralled and moved.
more
Bookmark Rate Book
Amazon Other stores
As an Amazon Associate bookstream.io earns from qualifying purchases

Similar books to 'The Distance'

Buy 'The Distance' from the following stores: