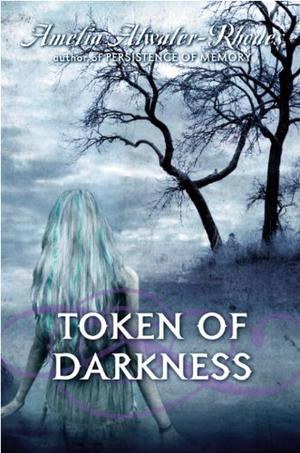 Token of Darkness (Den of Shadows #6)

Cooper Blake has everything going for him - until he wakes from a car accident with his football career in ruins and a mysterious, attractive girl by his side. Cooper doesn't know how Samantha got there or why he can see her; all he knows is that she's a ghost, and the shadows that surround her seem intent on destroying her.

No one from Cooper's old life would understand what he can barely grasp himself... But Delilah, the captain of the cheerleading squad, has secrets of her own, like her ability to see beyond the physical world, and her tangled history with Brent, a loner from a neighboring school who can hear strangers' most intimate thoughts. Delilah and Brent know that Cooper is in more trouble than he realizes, and that Samantha may not be as innocent as she has led Cooper to believe. But the only way to figure out where Samantha came from will put them all in more danger than they ever dreamed possible.

Token of Darkness is a chilling, irresistable read about the nature of power - and responsibility.
more
Bookmark Rate Book
Amazon Other stores
As an Amazon Associate bookstream.io earns from qualifying purchases

The 'Den of Shadows' series

Similar books to 'Token of Darkness'

The Rebel
The Rebel
(The Maeve’ra Trilogy #1.5)

All books by Amelia Atwater-Rhodes  ❯

Buy 'Token of Darkness' from the following stores: