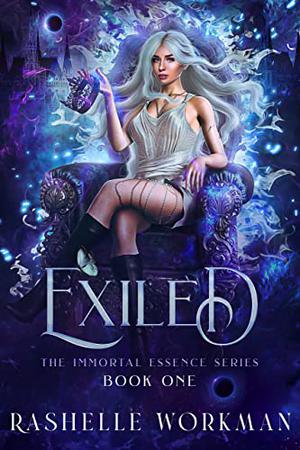 Worlds divided them. Chance brought them together. Only love will save them.

An alien princess exiled to Earth.
An arrogant boy.
One week to get back to her planet or she'll die.
And, her only chance for survival? She must help the boy find his soul mate.
Piece of cake!


Stubborn, sixteen-year-old Princess Venus of Kelari wants one thing, to become immortal, that is, until someone exiles her to Earth, kills her irrihunter and takes her family.

First she’s got to get home. But before she can return to Kelari, the Gods have commanded her to help an arrogant boy named Michael find his soul mate.

Only she doesn't know the first thing about love.

Rather quickly, her inexperience with human emotion is obscured by other matters--alien-controlled psychotic teens that are out to kill her, and a government group that is set on capturing and dissecting her.

Worst of all, Venus will suffer a painful death-by-poisoning, thanks to Earth’s atmosphere, if she remains on the planet longer than one week.

Still, Venus is a Princess and she's got a plan. Surely, with her help, Michael will fall in love with a human.

But time is running out and Michael is falling for the wrong girl--her.
more
Bookmark Rate Book
Amazon Other stores
As an Amazon Associate bookstream.io earns from qualifying purchases

Buy 'Exiled' from the following stores: