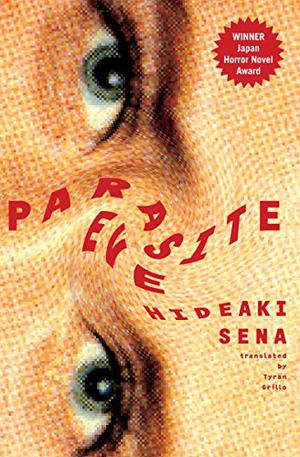 Filled with scientific acuity and existential challenges in the tradition of Ghost in the Shell and Frankenstein, this medical fantasmagoria is a disorienting look into the consciousness and will have you questioning the future of human evolution. New life begins at the cellular level, but when that cell contains restless mitochondria, it will aspire to be much more than just a speck in a petri dish. Parasite Eve was the basis of the hugely popular video game of the same name and has been cinematized in Japan, where the novel’s smashing success helped set off a horror boom that has only been intensifying ever since.

When Dr. Nagashima loses his wife in a mysterious car crash, he is overwhelmed with grief but also an eerie sense of purpose; he becomes obsessed with the idea that he must reincarnate his dead wife. Her donated kidney is transplanted into a young girl with a debilitating disorder, but the doctor also feels compelled to keep a small sample of her liver in his laboratory. When these cells start mutating rapidly, a consciousness bent on determining its own fate awakens from an eonic sleep.
more
Bookmark Rate Book
Amazon Other stores
As an Amazon Associate bookstream.io earns from qualifying purchases