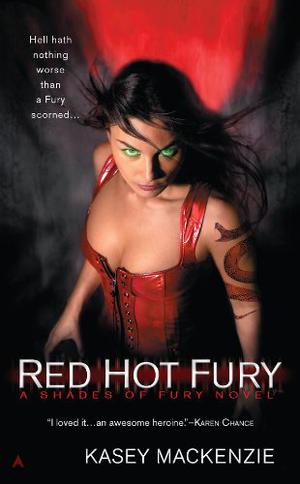 As a Fury, Marissa Holloway belongs to an Arcane race that has avenged wrongdoing since time immemorial. As Boston's chief magical investigator for the past five years, she's doing what she was born to do: solve supernatural crimes.

But Riss's investigation into a dead sister Fury leads to her being inexplicably suspended from her job. And to uncover the truth behind this cover-up, she'll have to turn to her shape-shifting Warhound ex for help.
more
Bookmark Rate Book
Amazon Other stores
As an Amazon Associate bookstream.io earns from qualifying purchases

The 'Shades of Fury' series

All books by Kasey MacKenzie  ❯