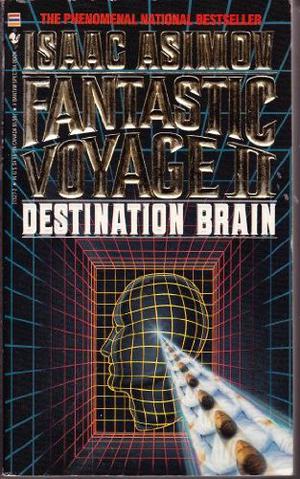 Deep within Russia, would-renowned scientist Pyotor Shapirov lies in a coma. Locked within his brain rests the key to the greatest scientific advance in the world's history. Only one scientist can hope to locate this secret—Dr. Albert Jonas Morrison, an American. Morrison's mission: to be miniaturized to molecular size along with a team of four Soviet scientists, travel in a specially designed submarine to the dying Shapirov's brain, and tap the secrets held there. Morrison and his companions have only twelve hours to accomplish their task—in the face of unexpected terrors and with their own lives hanging precariously in the balance.

With his phenomenal two-million-copy bestseller Fantastic Voyage, Isaac Asimov took the world on its first amazing journey into the human body. Now, twenty year later, after deeper exploration into one of the most fascinating areas of science, Dr. Asimov delivers an all-new thriller that transports you to the far reaches of inner space. Electrifying, astonishing, and remarkably realistic, this new novel is certain to become a science fiction classic.
more
Bookmark Rate Book
Amazon Other stores
As an Amazon Associate bookstream.io earns from qualifying purchases