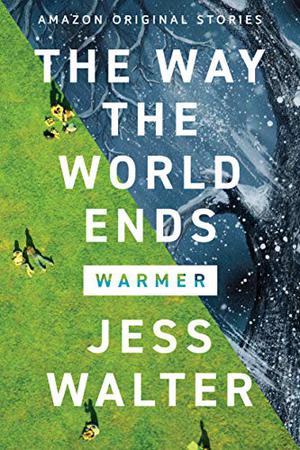 The Way the World Ends (Warmer #1)

Sleet in Mississippi? In March? A crazy ice storm lays waste to the South in a #1 New York Times bestselling author’s invigorating, touching story of one slippery night, an open bar, and total abandon.

For three strangers whose paths will cross, the storm hasn’t even reached its peak. Two of them are the kind of climate scientists no one ever listens to in disaster movies. The third, against even icier opposition, has just moved to the Magnolia State to come out. Soon they’ll all be pushed closer to the edge, where the bracing winds of cataclysmic change can be so wildly liberating.

Jess Walter’s The Way the World Ends is part of Warmer, a collection of seven visions of a conceivable tomorrow by today’s most thought-provoking authors. Alarming, inventive, intimate, and frightening, each story can be read, or listened to, in a single breathtaking sitting.

Similar books to 'The Way the World Ends'

More books like 'The Way the World Ends'   ❯

Buy 'The Way the World Ends' from the following stores: