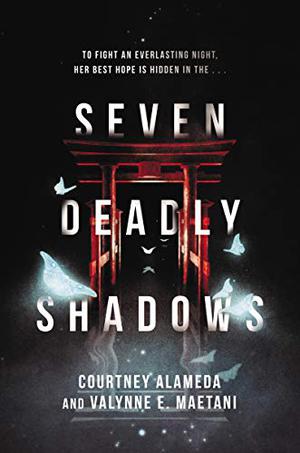 Seventeen-year-old Kira Fujikawa has never had it easy. She’s bullied by the popular girls in school. Her family ignores her. And she’s also plagued with a secret: She can see yokai, the ghosts and demons that haunt the streets of Japan. But things accelerate from bad to worse when she learns that Shuten-doji, the demon king, will rise at the next blood moon to hunt down an ancient relic and bring the world to a catastrophic end.

Not exactly skilled at fighting anything, much less the dead, Kira enlists the aid of seven powerful death gods to help her slay Shuten-doji. They include Shiro, a kitsune with boy-band looks who is more flirtatious than helpful, and O-bei, a regal demon courtesan with covert reasons of her own for getting involved.

As the confrontation with Shuten-doji draws nearer by the day, the fate of Japan hangs in the balance. Can Kira save humankind? Or will the demon king succeed in bringing eternal darkness upon the world?
more
Bookmark Rate Book
Amazon Other stores
As an Amazon Associate bookstream.io earns from qualifying purchases

All books by Courtney Alameda  ❯