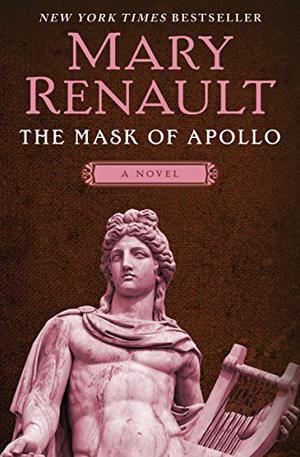 The Mask of Apollo

Set in fourth-century B.C. Greece, The Mask of Apollo is narrated by Nikeratos, a tragic actor who takes with him on all his travels a gold mask of Apollo, a relic of the theater's golden age, which is now past. At first his mascot, the mask gradually becomes his conscience, and he refers to it his gravest decisions, when he finds himself at the center of a political crisis in which the philosopher Plato is also involved. Much of the action is set in Syracuse, where Plato's friend Dion is trying to persuade the young tyrant Dionysios the Younger to accept the rule of law. Through Nikeratos' eyes, the reader watches as the clash between the two looses all the pent-up violence in the city.
more
Bookmark Rate Book
Amazon Other stores
As an Amazon Associate bookstream.io earns from qualifying purchases

Similar books to 'The Mask of Apollo'

All books by Mary Renault  ❯

Buy 'The Mask of Apollo' from the following stores: