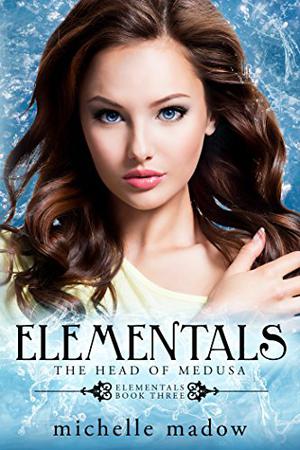 The Head of Medusa (Elementals #3)

The epic story of witches, gods, and monsters that USA Today called a "must read" continues in the third book of the Elementals series!

When Nicole Cassidy moved to a new town, she discovered that she was a witch descended from gods. But that was nothing compared to learning that it was up to her and four others with mysterious elemental powers to help save the world from the Titans, who would soon return to Earth.

Now her relationship with Blake -- the fire Elemental -- is finally heating up. But she must remain focused, because Typhon, one of the deadliest creatures in history, has escaped from the weakening prison world. Only one object can destroy him -- the head of Medusa herself.

Follow the Elementals as they journey to the end of the Earth, facing choices that will put their lives and the entire world at risk. Will they all survive the mission? Find out in the riveting third book in the Elementals series, The Head of Medusa.
more
Bookmark Rate Book
Amazon Other stores
As an Amazon Associate bookstream.io earns from qualifying purchases

Similar books to 'The Head of Medusa'

Buy 'The Head of Medusa' from the following stores: