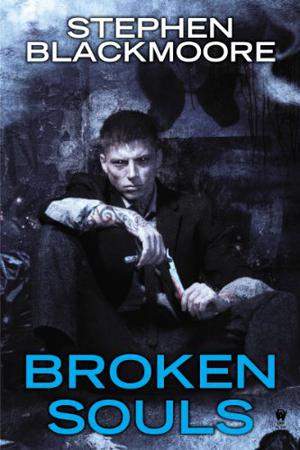 When necromancer Eric Carter returned to Los Angeles after fifteen years on the run he knew things were bad, but he never imagined how bad they could get. Sister murdered, best friend dead, married to the patron saint of death, Santa Muerte.

And things are just getting worse.

His link to the Aztec death goddess is changing his powers, changing him, and he’s not sure how far it will go. He’s starting to question his own sanity, wonder if he’s losing his mind. No mean feat for a guy who talks to the dead on a regular basis.

While searching for a way to break Santa Muerte’s hold over him, Carter finds himself the target of a psychopath who can steal anyone’s form, powers and memories. Identity theft is one thing, but the guy does it by killing his victims and wearing their skins like a suit. He can be anyone. He can be anywhere.

Now Carter has to change the game, go from hunted to hunter. All he has for help is a Skid Row Bruja and a ghost who’s either his dead friend Alex or Carter’s own guilt-fueled psychotic break.

If things go right, he just might survive a week where everything is trying to kill him and nothing is as it seems.
more
Bookmark Rate Book
Amazon Other stores
As an Amazon Associate bookstream.io earns from qualifying purchases

All books by Stephen Blackmoore  ❯