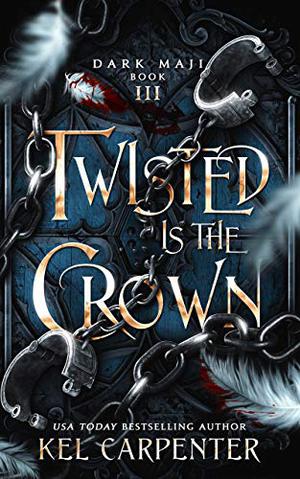 Twisted is the Crown (Dark Maji #3)

Quinn Darkova made a vow from the very beginning.
And now she’s home.
For revenge . . .

Except N’skara isn’t the same as it was ten years ago, and the person she came for is nowhere to be found. After being taken ashore by armed guards of the same Council they came to sway, Quinn knows it’s up to her to uncover the truth about what really happened, while seeking the retribution owed to her.

Lazarus knew she was hiding something. He knew she had unfinished business in N’skara. But never could he have known this. He hadn’t predicted how set in their ways the people were. He hadn’t listened to the warnings when Quinn spoke of secrets and lies. He hadn’t realized that the woman he couldn’t stay away from was forged as much by blood as she was by darkness.

Now it was time to learn.
In a land of sheep, it pays to be a wolf.
more
Bookmark Rate Book
Amazon Other stores
As an Amazon Associate bookstream.io earns from qualifying purchases

Similar books to 'Twisted is the Crown'

Reject Me
Reject Me
(Immortal Vices and Virtues #1)

Black Swan
Black Swan
(A Demon's Guide to the Afterlife #3)

Dark Horse
Dark Horse
(A Demon's Guide to the Afterlife #1)

All books by Kel Carpenter  ❯

Buy 'Twisted is the Crown' from the following stores: