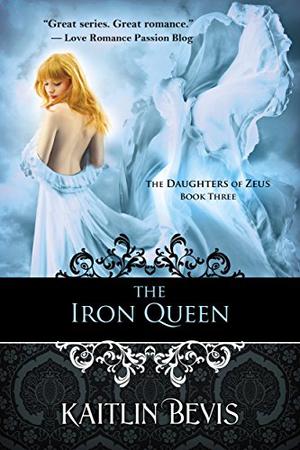 The Iron Queen (Daughters of Zeus #3)

The Daughters of Zeus, Book 3

His love could destroy their world.

Life is hell for Persephone. Zeus will stop at nothing to gain access to the living realm and the Underworld. As the only living god with a right to both, Persephone’s in trouble. Captured and tortured beyond the limits of her resolve, Persephone must find the power to stand against Zeus. But will she be strong enough?

Meanwhile, Hades contemplates desperate measures to rescue his queen. Persephone never thought of herself as dangerous, but there’s a reason gods never marry for love. A being with the power to destroy all of creation shouldn’t place more value in one individual than the rest of the planet. But Hades . . . Hades would break the world for her.

To save the world and stop both Hades and Zeus, Persephone must make a difficult choice. One that may cost her everything.
more
Bookmark Rate Book
Amazon Other stores
As an Amazon Associate bookstream.io earns from qualifying purchases

The 'Daughters of Zeus' series

Similar books to 'The Iron Queen'

All books by Kaitlin Bevis  ❯

Buy 'The Iron Queen' from the following stores: