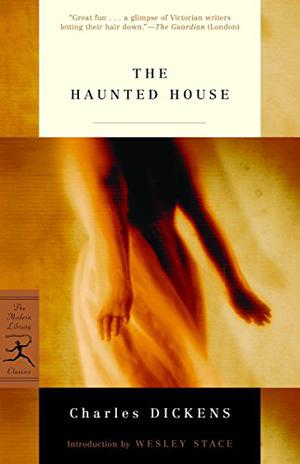 Compiled by Charles Dickens, and counting Elizabeth Gaskell and Wilkie
Collins among its contributors,The Haunted House is an ingenious tale of the supernatural with touches of pure Dickensian comedy. When the narrator espies a deserted house from his railway carriage, he cannot resist the challenge of taking up residence in a place no one else will inhabit. Local legend has terrified the nearby villagers, and they, in turn, convince his servants to abandon ship. Undaunted, he and his sister invite a group of friends to join them. Having shared out the household tasks, the guests are then commissioned to rout out the supernatural from their respective rooms. On Twelfth Night they meet to share their ghostly tales. The result is a feast of lively and bizarre storytelling, uniting the finest in Victorian literary talent. "As a document of self-revelation, The Haunted House is of the utmost significance for anyone interested in exploring the
genius of Charles Dickens." - Peter Ackroyd in the Foreword

Similar books to 'The Haunted House'

Buy 'The Haunted House' from the following stores: