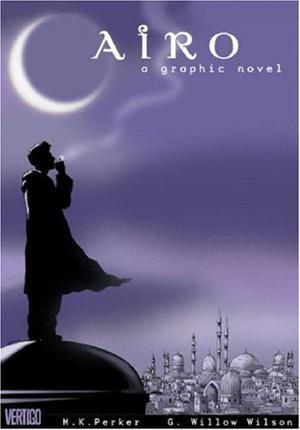 A stolen hookah, a spiritual underworld, and a genie on the run change the lives of five strangers forever in this modern fable set on the streets of the Middle East's largest metropolis.

CAIRO interweaves the fates of a drug runner, a down-on-his-luck journalist, an American expatriate, a troubled young student, and an Israeli soldier as they race through bustling present-day Cairo to find an artifact of unimaginable power, one protected by a dignified jinn and sought by a wrathful gangster-magician. But the vastness of Africa's legendary City of Victory extends into a spiritual realm—the Undernile—and even darker powers lurk there...

"Chock full of brilliant ideas drawn from the mythology and legends of the Middle East, deftly reinterpreted and modernized by Wilson's agile and whimsical mind and Perker's impressive craft." - Bill Willingham, creator and writer of FABLES
more
Bookmark Rate Book
Amazon Other stores
As an Amazon Associate bookstream.io earns from qualifying purchases

Buy 'Cairo: A Graphic Novel' from the following stores: