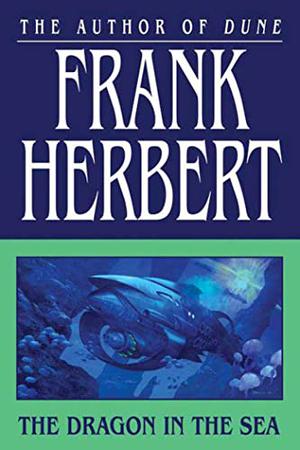 The Dragon in the Sea

In the endless war between East and West, oil has become the ultimate prize. Nuclear-powered subtugs brave enemy waters to tap into hidden oil reserves beneath the East's continental shelf. But the last twenty missions have never returned. Have sleeper agents infiltrated the elite submarine service, or are the crews simply cracking under the pressure?

Psychologist John Ramsay has gone undercover aboard a Hell Diver subtug. His mission is to covertly observe the remainder of the four-man crew—and find the traitor among them. Sabotage and suspicion soon plague the mission, as Ramsay discovers that the stress of fighting a war a mile and a half under the ocean exposes every weakness in a man. Hunted relentlessly by the enemy, the four men find themselves isolated in a claustrophobic undersea prison, struggling for survival against the elements . . . and themselves.

A gripping novel by the legendary author of Dune.
more
Bookmark Rate Book
Amazon Other stores
As an Amazon Associate bookstream.io earns from qualifying purchases

Similar books to 'The Dragon in the Sea'

More books like 'The Dragon in the Sea'   ❯

Buy 'The Dragon in the Sea' from the following stores: