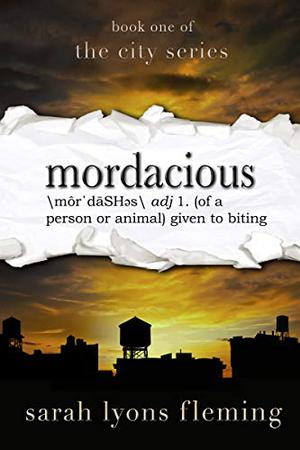 Sylvie Rossi has the loner thing down pat, with the exception of her best friend, Grace. But when the two are trapped in a hospital during the last gasp of a dying city, alone time is no longer an option. A nurse’s offer of sanctuary promises Sylvie the supplies she needs to survive the zombies–it’s the coexisting with people that might do her in.

Eric Forrest will do whatever it takes to get into the dead city for his sister, including ending up dead himself. He’s used to taking risks, but with every mile he travels death looks likelier and likelier, and finding his sister may be his only prospect for survival—if he can make it home.

Sylvie doesn’t need more than food, water and shelter. Eric wants only to find his sister. But sometimes what we think we need isn’t what we need at all, and what we find is more than we expected.
more
Bookmark Rate Book
Amazon Other stores
As an Amazon Associate bookstream.io earns from qualifying purchases

The 'The City' series

Buy 'Mordacious' from the following stores: