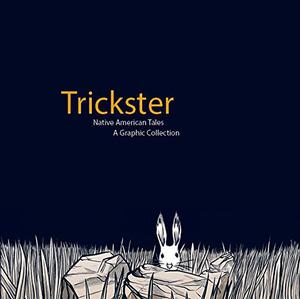 Meet the Trickster, a crafty creature or being who disrupts the order of things, often humiliating others and sometimes himself in the process. Whether a coyote or rabbit, raccoon or raven, Tricksters use cunning to get food, steal precious possessions, or simply cause mischief.

In Trickster, the first graphic anthology of Native American trickster tales, more than twenty Native American tales are cleverly adapted into comic form. An inspired collaboration between Native writers and accomplished artists, these tales bring the Trickster back into popular culture in vivid form. From an ego-driven social misstep in "Coyote and the Pebbles" to the hijinks of "How Wildcat Caught a Turkey" and the hilarity of "Rabbit's Choctaw Tail Tale," Trickster bring together Native American folklore and the world of graphic novels for the first time.
more
Bookmark Rate Book
Amazon Other stores
As an Amazon Associate bookstream.io earns from qualifying purchases