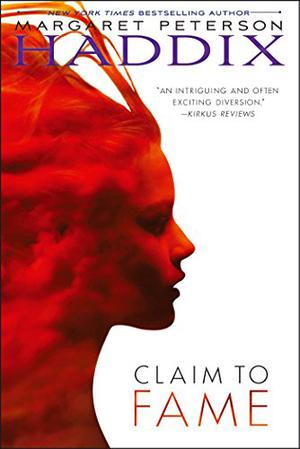 It was a talent that came out of nowhere. One day Lindsay Scott was on top of the world, the star of a hit TV show. The next day her fame had turned into torture.
Every time anyone said anything about her, she heard it. And everyone was talking about Lindsay: fans, friends, enemies, enemies who pretended to be friends....
Lindsay had what looked like a nervous breakdown and vanished from the public eye. But now she's sixteen and back in the news: A tabloid newspaper claims that Lindsay is being held hostage by her father.
The truth? Lindsay has been hiding out in a small Illinois town, living in a house that somehow provides relief from the stream of voices in her head. But when two local teenagers try to "rescue" Lindsay by kidnapping her, Lindsay is forced to confront everything she's been hiding from. And that's when she discovers there may be others who share her strange power. Lindsay is desperate to learn more, but what is she willing to risk to find the truth?
more
Bookmark Rate Book
Amazon Other stores
As an Amazon Associate bookstream.io earns from qualifying purchases

Similar books to 'Claim to Fame'

Buy 'Claim to Fame' from the following stores: