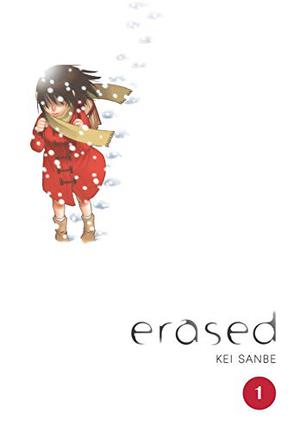 Twenty-nine-year-old Satoru Fujinuma is floundering through life. Amid his daily drudgery, he finds himself in the grip of an incredible, inexplicable, and uncontrollable phenomenon that rewinds time, a condition that seems to only make his drab life worse. But then, one day, everything changes. A terrible incident forever changes Satoru's life as he knows it...and with it, comes a "Revival" that sends Satoru eighteen years into the past!
In the body of his boyhood self, Satoru encounters sights he never imagined he would see again--the smile of his mother, alive and well, his old friends, and Kayo Hinazuki, the girl who was kidnapped and murdered when he was a boy the first time around. To return to the present and prevent the tragedy that brought him back to his childhood in the first place, Satoru begins plotting a way to change Hinazuki's fate...But up against the clock and a faceless evil, does eleven-year-old Satoru even stand a chance?
more
Bookmark Rate Book
Amazon Other stores
As an Amazon Associate bookstream.io earns from qualifying purchases

All books by Kei Sanbe  ❯