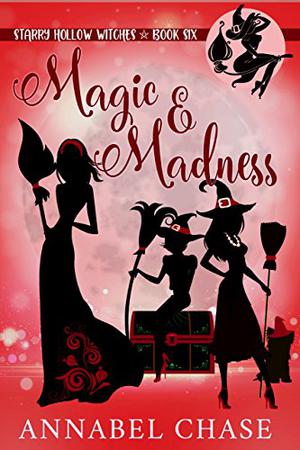 Welcome to Starry Hollow, where spells were made to be broken.


New Jersey transplant Ember Rose finds herself in the thick of the action when a traveling carnival comes to Starry Hollow. Taking Florian’s advice to be more sociable, she ends up as a member of the Power Puffs—a team of middle school moms who’ve never met a baking competition they haven’t entered. Ember is only a passenger in their drive to win—until her sexy vampire boss’s girlfriend joins a competing team.

When a body is discovered in the seer’s tent, Ember swaps her rolling pin for a pen in her quest to uncover the truth. Can she find the killer before the fun and games come to an end—permanently?

This is a full-length, humorous cozy mystery novel.

All books by Annabel Chase  ❯