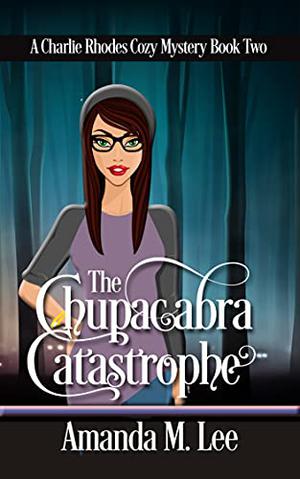 Charlie Rhodes has a new life and it’s not exactly what she thought it would be.

She’s psychic, telekinetic and eager to learn from her knowledgeable co-workers at The Legacy Foundation. She’s also nervous, frightened and on edge … mostly because she’s exactly the sort of oddity the group is looking to study and she’s desperate to keep her secret from the very people who are searching for her.

When word comes down that a chupacabra may have been sighted in Texas – perhaps even killing a man in an old abandoned mining town – Charlie is eager to show her worth. She’s part of the first team that descends on Hooper’s Mill, and there’s definitely an air of danger lingering over the town.

Charlie can feel it. She can sense … something. It’s lurking in the town and watching. Unfortunately for Charlie, she can’t get a handle on whether she’s looking for a human or animal. She just knows that it’s dangerous … and it wants to kill anyone who crosses its path.

When one member of the team goes missing, Charlie realizes she’s running out of time to solve a mystery in the present that has ties to the past. All the while she’s trying to ensure her own future as the jaws of death – in the form of a mythical creature – snap at her heels.

It’s all hands on deck for another adventure, and this time the stakes might be so high not everyone survives.
more
Bookmark Rate Book
Amazon Other stores
As an Amazon Associate bookstream.io earns from qualifying purchases

Similar books to 'The Chupacabra Catastrophe'

Buy 'The Chupacabra Catastrophe' from the following stores: