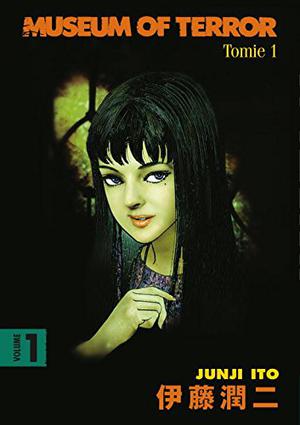 Dark Horse Comics is very proud to present Museum of Terror, a series of horror stories by Japan's foremost creator of horror manga. Full of compelling and charming characters and relationships, and featuring some of the finest comics art available, Junji Ito has seen his works translated into successful films in Japan. Ito's Uzumaki, the thrilling and grotesque manga and film, has already found success in America, and now we present "Tomie," the first story in this fantastic series. "Tomie" is the story of an eternally youthful and beautiful high school girl, whose admirers are obsessed to the point of murdering her. But to their horror, she is reincarnated over and over. "Tomie" also became a popular film in Japan, and now it launches Dark Horse's series of Ito's horrific works, Museum of Terror.
more
Bookmark Rate Book
Amazon Other stores
As an Amazon Associate bookstream.io earns from qualifying purchases

Buy 'Museum of Terror, Vol. 1: Tomie 1' from the following stores: