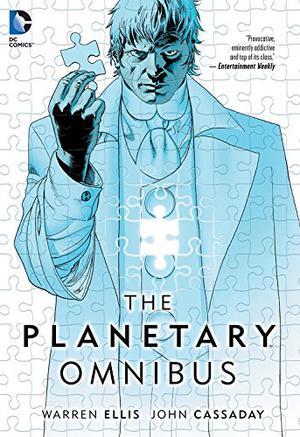 Planetary has been hailed as a timeless story that turned modern superhero conventions on their heads.
Written by Warren Ellis (Transmetropolitan) and with stunning art by John Cassaday (Astonishing X-Men), this critically acclaimed, landmark series took a look at the inter-dimensional peace-keeping force known as Planetary.
The trio on the ground includes Elijah Snow, a hundred-year-old man, Jakita Wagner, an extremely powerful woman, and The Drummer, a man with the ability to communicate with machines. Tasked with tracking down evidence of super-human activity, these mystery archaeologists uncover unknown paranormal secrets and histories, such as a World War II supercomputer that can access other universes, a ghostly spirit of vengeance, and a lost island of dying monsters.

Similar books to 'The Planetary Omnibus'

Buy 'The Planetary Omnibus' from the following stores: