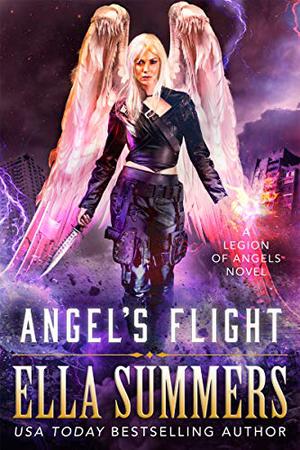 The old saying is true. Knowledge really is power, especially when angels and gods play the game.

The original Immortals, masters of magic, once reigned over every world in the known universe—until they suddenly vanished. The gods and demons have been fighting over the remains of their fractured empire ever since.

Millennia later, new angel Leda, a soldier in the gods’ army, is recuperating from her transformation. Her recovery is cut short, however, when a curse strikes New York City, a spell targeted directly at the Legion of Angels. Even as the Legion’s soldiers succumb to wrath, jealousy, and fear, the beasts on the plains of monsters are growing in numbers and power. And the longer Leda and her archangel lover Nero investigate these phenomena, the closer they come to the ancient secret that destroyed the Immortals—and that now threatens to tear the Earth apart.
more
Bookmark Rate Book
Amazon Other stores
As an Amazon Associate bookstream.io earns from qualifying purchases

The 'Legion of Angels' series

All books by Ella Summers  ❯