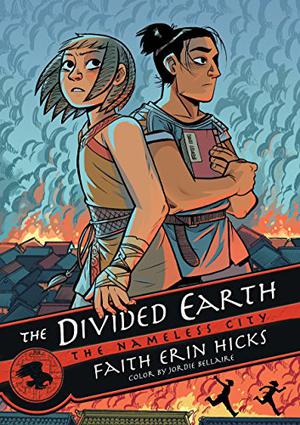 The Divided Earth (The Nameless City #3)

The Nameless City—held by the rogue Dao prince Erzi—is under siege by a coalition of Dao and Yisun forces who are determined to end the war for the Nameless City once and for all. And the people of the city—the "Named"—are caught in between.

Meanwhile, Rat and Kai must infiltrate Erzi's palace and steal back the ancient and deadly formula for napatha, the ancient weapon of mass destruction Erzi has unearthed—before he can use it to destroy everything Rat and Kai hold dear!

In her third and final installment in the Nameless City trilogy, Faith Erin Hicks delivers a heart-thumping conclusion. With deft world-building, frantic battle scenes, and a gentle and moving friendship at its heart, the Nameless City has earned its place as one of the great fantasy series of our time.
more
Bookmark Rate Book
Amazon Other stores
As an Amazon Associate bookstream.io earns from qualifying purchases

The 'The Nameless City' series

Similar books to 'The Divided Earth'

Buy 'The Divided Earth' from the following stores: