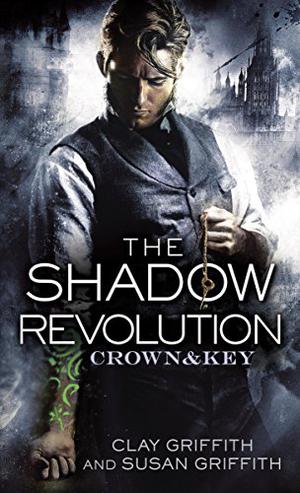 They are the realm’s last, best defense against supernatural evil. But they’re going to need a lot more silver.

As fog descends, obscuring the gas lamps of Victorian London, werewolves prowl the shadows of back alleys. But they have infiltrated the inner circles of upper-crust society as well. Only a handful of specially gifted practitioners are equipped to battle the beasts. Among them are the roguish Simon Archer, who conceals his powers as a spell-casting scribe behind the smooth veneer of a dashing playboy; his layabout mentor, Nick Barker, who prefers a good pub to thrilling heroics; and the self-possessed alchemist Kate Anstruther, who is equally at home in a ballroom as she is on a battlefield.

Similar books to 'The Shadow Revolution'

All books by Clay Griffith  ❯

Buy 'The Shadow Revolution' from the following stores: