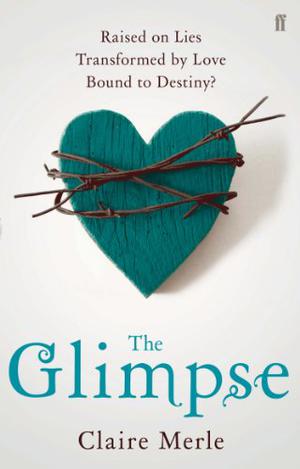 In a near future, society is segregated according to whether people are genetically disposed to mental illness. 17-year-old Ana has been living the privileged life of a Pure due to an error in her DNA test. When the authorities find out, she faces banishment from her safe Community, a fate only thwarted by the fact that she has already been promised to Pure-boy Jasper Taurell.

Jasper is from a rich and influential family and despite Ana’s condition, wants to be with her. The authorities grant Ana a tentative reprieve. If she is joined to Jasper before her 18th birthday, she may stay in the Community until her illness manifests. But if Jasper changes his mind, she will be cast out among the Crazies. As Ana’s joining ceremony and her birthday loom closer, she dares to hope she will be saved from the horror of the City and live a ‘normal’ life. But then Jasper disappears.

Led to believe Jasper has been taken by a strange sect the authorities will not interfere with, Ana sneaks out of her well-guarded Community to find him herself. Her search takes her through the underbelly of society, and as she delves deeper into the mystery of Jasper’s abduction she uncovers some devastating truths that destroy everything she has grown up to believe.
more
Bookmark Rate Book
Amazon Other stores
As an Amazon Associate bookstream.io earns from qualifying purchases

The 'The Glimpse Duology' series

Similar books to 'The Glimpse'

The Fall
The Fall
(The Glimpse Duology #2)

All books by Claire Merle  ❯

Buy 'The Glimpse' from the following stores: