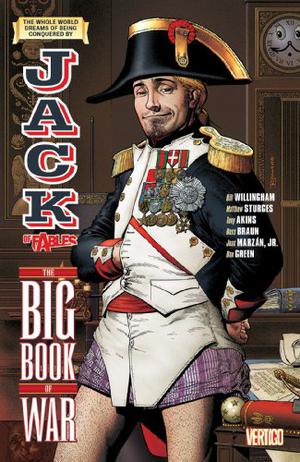 It's war! Bookburner and his armies are laying siege to the Golden Boughs Retirement Home, and the only hope rests squarely on the round shoulders of...you know who. Jack loves his new uniform, and he loves giving orders. He's not so keen on being shot at, though, and the total annihilation of the Fables is a big no-no. But with the odds stacked against him - and the Page sisters just, well, stacked - can even Jack lie, cheat and scheme his way to saving the world?

The 'Jack of Fables' series

Similar books to 'Jack of Fables, Vol. 6: The Big Book of War'

All books by Bill Willingham  ❯

Buy 'Jack of Fables, Vol. 6: The Big Book of War' from the following stores: