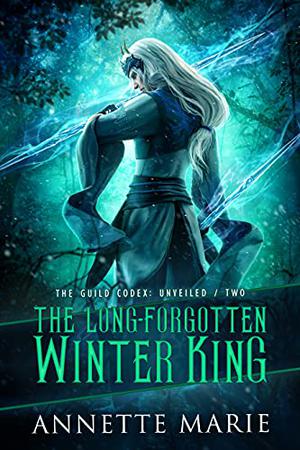 Everyone is keeping secrets.

Zak won't reveal what really happened between us ten years ago. Ríkr's been hiding so much I scarcely recognize him anymore. But the biggest secret belongs to my parents, and it's the one I'm most desperate to unravel.

Finding out who they really were, and who I am, means solving their eighteen-year-old murders. For reasons unknown, Zak decides to join me—and that makes me nervous, especially when the trail leads us into the most dangerous fae territory in the lower mainland.

The questions keep piling up, but as I realize too late, my parents' killer is no mystery. He's been lying in wait all along.

But not for me.

I've led Zak and Ríkr into a hell with no escape, and I need more than answers now. I need power—because without it, none of us will make it out alive.

--
From the author of the best-selling Guild Codex books comes a new series that delves into the dark, dangerous world of druids and fae alongside two ravaged souls who may be exactly what the other needs … if they don't kill each other first.

Unveiled can be read as a standalone series or in conjunction with other Guild Codex series. For the full reading order, visit Annette Marie's website.

--
The Guild Codex: Unveiled
The One and Only Crystal Druid (#1)
The Long-Forgotten Winter King (#2)
The Twice-Scorned Lady of Shadow (#3)

The 'The Guild Codex: Unveiled' series

All books by Annette Marie  ❯

Buy 'The Long-Forgotten Winter King' from the following stores: