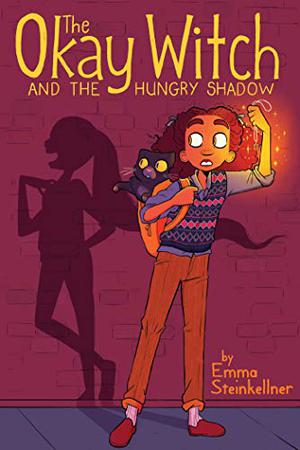 In this hilarious and heartwarming sequel to the bestselling and critically acclaimed graphic novel, The Okay Witch, half-witch Moth Hush uses magic to boost her confidence with disastrous results—perfect for fans of Raina Telgemeier and Molly Ostertag!

Moth Hush is starting to settle into her newfound witch heritage and powers, but life at school continues to be rough. Even her best friend, Charlie, doesn’t entirely understand what it’s like for her to always be the one who gets mocked, and things only get worse when Moth’s mom starts dating one of the dorkiest teachers in the school! Then Moth gets hold of a mysterious charm that can unleash another version of herself—one who is confident, cool, and extremely popular. What could possibly go wrong?
more
Bookmark Rate Book
Amazon Other stores
As an Amazon Associate bookstream.io earns from qualifying purchases

The 'The Okay Witch' series

Similar books to 'The Okay Witch and the Hungry Shadow'

More books like 'The Okay Witch and the Hungry Shadow'   ❯

All books by Emma Steinkellner  ❯

Buy 'The Okay Witch and the Hungry Shadow' from the following stores: