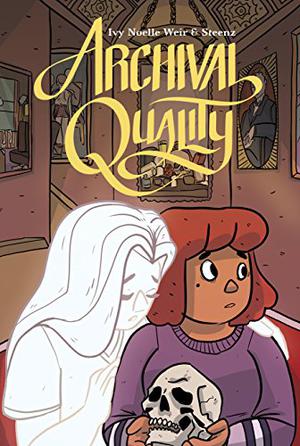 Everything you need to know is in the archives.

The Logan Museum is a mysterious old building practically covered in skulls, and also the new workplace of Celeste "Cel" Walden, a librarian who was let go from her previous job after a mental breakdown. But Cel is desperate to feel useful, and Abayomi Abiola, the Logan Museum's chief curator, is desperate to hire a new archivist.

Cel soon realizes the job is unlike any other she's had. There's an apartment onsite she's required to live in, she only works in the middle of the night, and she definitely gets the impression that there's more to the museum than Abayomi and her new boss, Holly Park are letting on.

As Cel attempts to learn more about her, she begins losing time, misplacing things, passing out--there's no denying the job is becoming dangerous. But Cel can't let go of the woman in her dreams. Who is she? Why is she so fixated on Cel? And does Cel have the power to save herself?
more
Bookmark Rate Book
Amazon Other stores
As an Amazon Associate bookstream.io earns from qualifying purchases