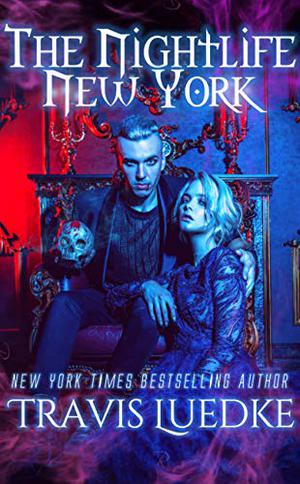 Is she a beautiful blond guardian angel as he imagined, or something else entirely? When Michelle saves Aaron's life she shares the benefits of her blood (after getting him shot accidentally). He awakes a changed man, living in a purgatory of eternal night, never to see the sunrise again.

Michelle drags Aaron through a hardcore learning curve of vampiric slavery. Forced to adapt to servitude, Aaron is subject to her authority of compulsion. She orders him around like a puppet on a string, a dog on a very short leash. First things first, he must learn to feed properly without creating bloodslaves (humans addicted to the powerful drug-like effect of their venomous bite).

Can he maintain and keep a sliver of his humanity intact? Innocence is a luxury few can afford in the decadent nightlife of New York. In a world where sex, blood, and power over women is so readily accessible, Aaron struggles against the predatory instincts deeply rooted in his new psyche. He must find his way quickly, practicing rigid self-control, or risk the consequences of Michelle's wrath.
more
Bookmark Rate Book
Amazon Other stores
As an Amazon Associate bookstream.io earns from qualifying purchases

The 'The Nightlife' series

All books by Travis Luedke  ❯

Buy 'The Nightlife: New York' from the following stores: