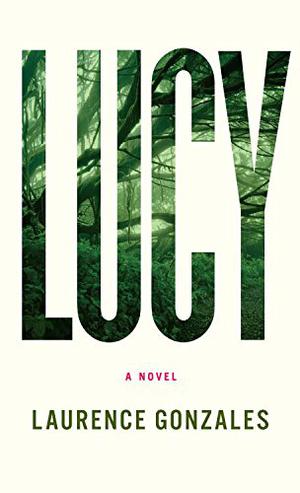 Laurence Gonzales’s electrifying adventure opens in the jungles of the Congo. Jenny Lowe, a primatologist studying chimpanzees—the bonobos—is running for her life.

A civil war has exploded and Jenny is trapped in its crosshairs . . . She runs to the camp of a fellow primatologist.

The rebels have already been there.

Everyone is dead except a young girl, the daughter of Jenny’s brutally murdered fellow scientist—and competitor.

Jenny and the child flee, Jenny grabbing the notebooks of the primatologist who’s been killed. She brings the girl to Chicago to await the discovery of her relatives. The girl is fifteen and lovely—her name is Lucy.

Realizing that the child has no living relatives, Jenny begins to care for her as her own. When she reads the notebooks written by Lucy’s father, she discovers that the adorable, lovely, magical Lucy is the result of an experiment.

She is part human, part ape—a hybrid human being . . .

Laurence Gonzales’s novel grabs you from its opening pages and you stay with it, mesmerized by the shy but fierce, wonderfully winning Lucy.
more
Bookmark Rate Book
Amazon Other stores
As an Amazon Associate bookstream.io earns from qualifying purchases

Buy 'Lucy' from the following stores: