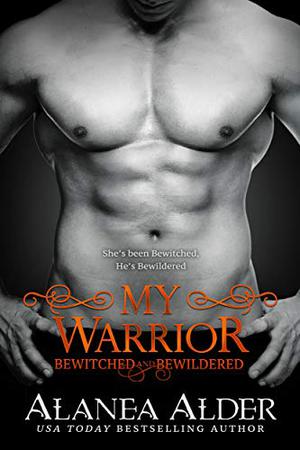 My Warrior (Bewitched and Bewildered #12)

Ari Lionhart is the youngest warrior in Èire Danu, yet despite his lack of years, he is trusted by the queen’s consort Brennus to act as the unit leader for every unit in the fae city. He works hard at balancing his life between being a unit warrior and being a Lionhart, and secretly fears he is failing at both. With a genius politician for a father and two older brothers that are shining examples of what it means to be a warrior and an Elder, how can he possibly try to do both with any degree of success.
When their city unexpectedly faces tragedy after tragedy, and a vote of No Confidence is brought before the queen on how these things are being handled, and Ari finds himself facing his greatest fear, failure.
Brie Wilson has been a Deputy Sheriff in Monroe for years. She loves the small town of her birth and the laid back atmosphere that makes it a wonderful and safe place to live. But even small towns have their own quirks and problems. Outside a few exceptions at the station, she pushes daily for her efforts to be recognized by the men on the force. Still smarting over her last break up where her ex likened her to a man, she decides the safest route is to stick to herself and never get her heart broken again.
When these two selfless warriors find one another can they learn to lean on one another before the body count escalates? What does it say about them when it’s easier to face murder than the deepening feelings they have for one another.
more
Bookmark Rate Book
Amazon Other stores
As an Amazon Associate bookstream.io earns from qualifying purchases

The 'Bewitched and Bewildered' series

Similar books to 'My Warrior'

My Warrior
My Warrior
(Bewitched and Bewildered #12)

My Solace
My Solace
(Bewitched and Bewildered #11)

My Angel
My Angel
(Bewitched and Bewildered #9)

All books by Alanea Alder  ❯

Buy 'My Warrior' from the following stores: