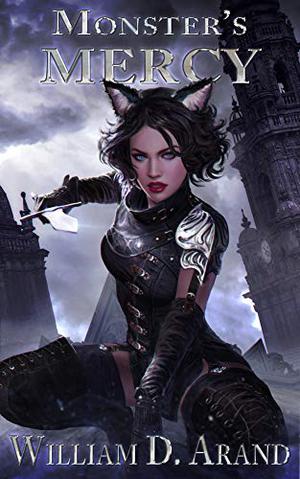 An existence spent being forced to kill others to satiate a Monster.

Where the only thing to look forward to was the blessed, if brief, period of time between paying that bribe.

Except that very same Monster is and isn’t Rene.

It just happened to live inside his own mind and force him to do what it wanted. Rather than being an actual Monster.

That was Rene’s entire life until a fateful day changed that.

A day that the career as a hitman for hire built on the Monster’s needs will end. Where Rene will be forced to atone for his actions. To be held accountable and judged.

Except the verdict is already long since passed and needs no deliberation.

His sentence was being sent hundreds of years into the past, into a different world even, where he must live a life for the betterment of others. Every action judged as it happens and weighed out against him.

But even this new idyllic life he’s been living in for eighteen years is about to go off the rails and Rene will be forced back into a life lived in the underworld.

Armed with a few gifts granted to him by the one who judged him, gifts better suited to a fantasy about living in a video game, Rene has to maneuver his way back to his new life while using all the things he’d learned in his old one.

Except using those skills is a double-edged sword. If he’s not careful, he’ll end up right back where he started.

Dead and on his way to hell.

Warning and minor spoiler: This novel contains graphic violence, undefined relationships/harem, unconventional opinions/beliefs, and a hero who is as tactful as a dog at a cat show. Read at your own risk.
more
Bookmark Rate Book
Amazon Other stores
As an Amazon Associate bookstream.io earns from qualifying purchases